Discussion with Tom Fontana: Who are the Borgia Kids? 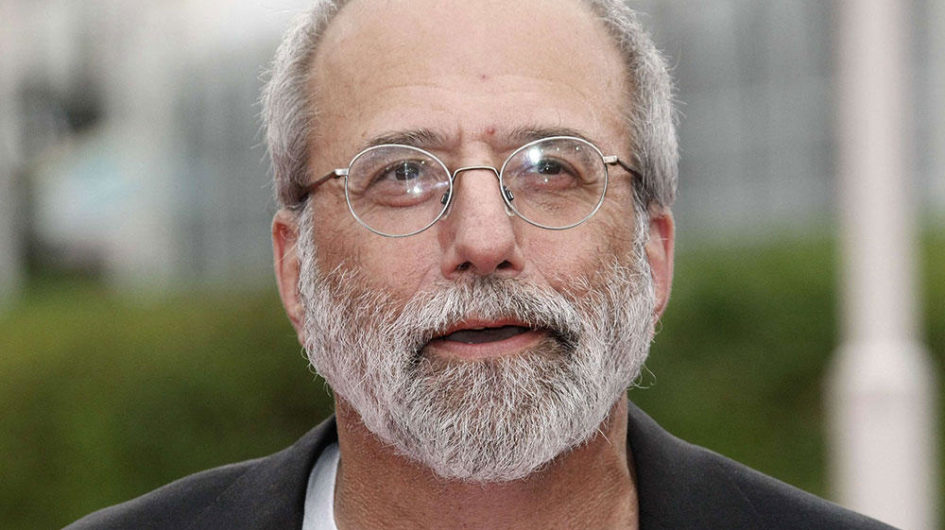 I have the pleasure to introduce Tom Fontana, an american producer and writer. He has created famous series as Oz or Borgia. In the historical drama series Borgia, Tom Fontana recounts the rise of power and wealth of the catalan Borgia Family and the Papal States, during the Italian Renaissance.

In this discussion, Tom Fontana accepted to respond to my questions about the Borgia Kids (Cesare, Lucrezia and Juan) by sharing his culture, his knowledge and his point of view. The questions and responses draw parallels with books (Borgia of Alexandre Dumas, The Borgia/The Family and The Godfather of Mario Puzo and The Prince of Machiavel), with the series Borgia and with history.

Cesare Borgia and the ambition

The Godfather and The Borgia from Mario Puzo

Auria: Mario Puzo was really fascinated by the Borgia family and always wanted to write a book about them. But for several reasons, he always pushed the deadline till the last days of his life. For some of these reasons (Michael Corleone and Cesare were two sons predicated to a prestigious position, the relationship with their father was complicated at the beginning but they understood each other, they were animated by the ‘hubris’…) I think that Michael Corleone could be a mirror of the Cesare Borgia.

Marion Puzo got inspiration of Cesare and of the Borgia family. What do you think?

Tom Fontana: I agree that Mario Puzo based some characters in THE GODFATHER on the Borgia, even if only in the composition of the family: Rodrigo/Don Corleone, Cesare/Michael, Juan/Sonny, Lucrezia/Connie, Gioffre/Fredo. Some incidents are similar, too — the murder of Connie’s husband, the attempt to unify the different mob bosses and so on.

The Corleone family is a Sicilian mafia, but could we say that the Borgia was the beginnings of the spanish/italian mafia by killing people who blocked them in the rise of power and wealth?

Tom Fontana: The Borgia family didn’t invent the mob mentality, they were people of their times: the Medici, the d’Este, the Colonna, the Sforza, the Orsini and della Rovere all used the same methods to crush their enemies. In fact, that kind of killing had been happening in Italy since Julius Caesar was stabbed.

The death of Juan Borgia

Do you think that Cesare could have premeditated the murder of his brother for getting the prestigious position of the command of the pontifical army?

Tom Fontana: The real Cesare Borgia could certainly have decided to kill Juan (or have him killed) to move up the corporate ladder. I chose to go a different way because I wanted to show Lucrezia coming into her own and then, being a Humanist, feeling remorse for her deed.  She then becomes the true moral center of the series.

The poisoning of Cesare and Rodrigo

What is your feeling about this specific dinner/night at the cardinal house?

Tom Fontana: Cesare and Rodrigo, in my version, weren’t poisoned by the cardinal. He dies of malaria before the pope does. If you watch the scene, you’ll see each of the characters swatting away mosquitoes. Summer heat made Rome a swamp, bringing mosquitoes. More popes, in this era, died of malaria than by natural causes or poison.

The end of the series

In all versions, Cesare was abandoned by his army and died. In your series, why Cesare was till alive after his « real death »?

Tom Fontana: I was discussing the end of the series with Mark Ryder and we had two thoughts:

1. We wanted there to be a big surprise at the last moment.

2. We liked the idea of Cesare coming to the Americas and originating the cycle of evil which exists here today.

Lucrezia and the men of her life

Do you think that Lucrezia and Cesare could have sex together? If they didn’t (and I know that we will never know the truth), but do you think they loved each other like lovers or was it only a strong admiration for each other?

Tom Fontana: Cesare and Lucrezia could have had sex, but like many lovers, their timing was never in sync. Lucrezia might’ve slept with her brother when she was younger — and curious about physical attraction — but, as she became more empowered as a woman, she knew such acts were irreversible. Cesare wouldn’t have conceived of sleeping with his sister early on, but became more and more infatuated with her, wanting to save her from her husbands. He truly loved Charlotte d’Albert, as well.

By being duchess of Ferrare, do you think Lucrezia found finally peace? Far from Roma, from the death of her brother and father, Was she finally happy with their death? Was she still in touch with her mother?

Tom Fontana: I sure hope that Lucrezia found peace during the rest of her short life. Her salons in Ferrara were famous for bringing the great minds of the early Renaissance — poets, scientists (Copernicus!), philosophers — to the d’Este court. I think Lucrezia loved her father and her brother, but understood the inevitability of their deaths.

Cesare asks her, in his last letter, to let them go, so that she might be free.

Vannozza, her mother, became a sort of nuisance for Lucrezia, constantly writing her letters, asking for money and wanting to visit Ferrara, but Lucrezia — politely — kept her distance. I read some of their letters in the Vatican Library. Their language is flowery, but cold.

You, Tom Fontana, and the Borgia

Tom Fontana: I was attracted to the story of the Borgia because I come from a big family and, though we don’t have nearly as much drama as they did, I can understand the wide range of emotions which they shared. As I said, they were no worse or better than any “royal” family in Europe in the 15th-16th Centuries. Cesare’s goal of unifying Italy was real. The kings of England, France and Spain were attempting to do the same thing — create a nation for their people. Cesare expunged brutal dukes with brutality, then built universities and libraries in the towns he conquered. He granted set up democratic style governing bodies in those cities, as well.

Tom Fontana: I do see many of the Borgia actors (especially, Mark, Isolda, John and Diarmuid) and I keep in touch with others, thanks to text messaging and FaceTime. I went to Marta Gastini’s wedding in Italy and officiated at Isolda’s wedding in California. I’m going to John Doman’s wedding in Dublin. When I go to London or Berlin or Rome, I have dinner with whoever’s in town. And, of course, Scott Winters is an old pal from pre-BORGIA days.

Tom Fontana: Like any good parent, I love all my characters equally.

Tom Fontana: The battle scenes were the toughest because, with a limited budget, you have to compete with the great battles that are seen in feature films. The logistics, the number of extras, their costumes and weapons are a lot for the crew to deal with. Also, the scene with Cesare and the panther was tough because the panther was dangerous and, like some actors, wouldn’t follow direction.

Tom Fontana: I have been blessed in my life, working with creative people who are more talented than I am and who force me to be my best. I have a loving family and fantastic friends, who are honest with when I’m doing good work and when I’m being mediocre. I try to tell the truth as often as I can, in my writing and in my life.